Leaving Yahoo behind in March, I spent April focusing on Bing, Microsoft’s counter part. Bing is the youngest of the bunch announced in 2009. MSN Search and Live Search played a part in the development of Bing and as of 2015 a “majority” of Yahoo searches are powered by Bing. Globally Bing is the 3rd largest search engine behind Google and Baidu (Chinese Language Search Engine). Bing’s quick rise to power is that it is the default search engine on the default browser of Windows computers, still the most popular computers sold. Bing’s interface is quite similar to Google’s, as are most search engine’s. This allows users to easily jump back and forth from platform to platform.

April was a unique month as many people were staying home focused on social distancing and self quarantining, the same can be said for me. As a result I did a lot more searches related to health updates, what restaurants were doing pick up, and general online shopping for things I would have normally left the house for. Bing generally performed pretty well. Its results page is very similar to Google’s, with ads at the top, defined much more clearly than Yahoo, with info cards and related searches on the right. Videos and photos when available have a similar presence on screen as well. Bing displays videos from a variety of sites and players and also allows YouTube videos to be played right from the Bing search page. This is in contrast to Google’s video search that only displays YouTube results, keeping you on Google owned properties. You can find these videos through Google but only through the normal search feature.

Shopping through Bing is just as easy, doing a search for “Nintendo Switch” gives me shopping cards across the top of the page with sites and prices, followed by a couple of ads. There is the informational cards on the right giving me information on the ratings from other respected websites, specifications for the device, user reviews (all from Walmart), and similar products, all very relevant to the search.

Where I did find some problems with Bing was in searching for some specific problems that I was having trying to download some updates for a game. Bing’s results were telling me all about the new updates and news related to it, but not the problems that I was having. Getting frustrated at not being able to find anyone with similar problems through Bing I tried Google. Right away Google brought up Reddit, an online community with threads for virtually anything you can think of, that had a handful of threads talking about my issues with what worked and did not work for people. Bing did not bring up Reddit at all in the first several pages of results. If you are a DIY type of person or someone who regularly finds answers on Reddit without starting there, Bing may not be the right platform for you.

Overall my experience with Bing was good, the hiccups were minor and my searches on those were very specific. For daily use Bing would not be a bad choice. It was more pleasant than Yahoo and more focused than DuckDuckGo.

These last few months away from Google showed me that yes, you can in-fact survive the modern world without using Google’s search. Because I have spent the last month and half working from home and rarely leaving the house I did rely on YouTube a lot for various tutorials and other entertainment. Google is a large part of the modern world and while you can search without it, Google’s searches have been the most accurate and least hair pulling experience out of the four that I mentioned throughout this process. DuckDuckGo was the most seamless for me and the privacy while searching was and still is a big factor for me. We leave crumbs behind us all the time on the internet and sometimes it is nice knowing that you have some control of them. Yahoo was great at sourcing news, especially with recent events and being able to keep on top of everything, but it lacks transparency regarding ads, which resulted in the most frustrating general search experience of them all. Bing is a great alternative, in my opinion. It can swing toe-to-toe with Google on its search, and I doubt the vast majority would ever notice if you secretly switch their default search engine to Bing.

Will I change my search habits?

Short answer is no, but I am more open to other search engines based off of what I am looking for. If I am trying to do some research on a personal matter such as health I would more than likely use DuckDuckGo for its privacy factor. If I wanted to know how the financial markets are doing I would use Yahoo as they have a direct line into that word. Bing I would use if Google was not giving me what I want, which does happen time to time. Google has been returned as my default on all my devices, for me it is more than a personal preference. With what I do for work, knowing the Google search engine is key as it is the most used one across all platforms and nations. 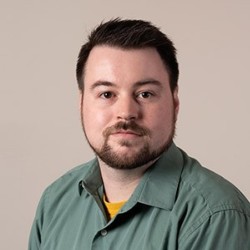